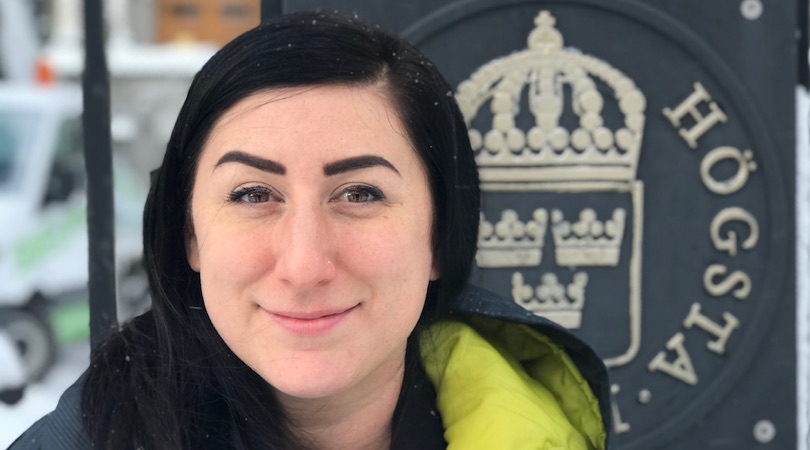 Today, the Swedish Supreme Court ruled against Mälardalen University obliging them to repay 114 000 Swedish crowns that Connie Dickinson had paid in tuition fees for an inferior math education. This landmark ruling establishes that Swedish universities are legally liable towards foreign students for ensuring that the education they provide is of high quality.

– Mälardalen University held that it was not legally liable for the quality of its education, even in relation to foreign students paying tuition. The Supreme Court clearly rejects that view. The judgment clarifies that foreign students subject to tuition fees have not only obligations, but also rights towards the universities. It is right and proper that a university that has accepted payment for an inferior education can be obligated to repay the student, says Fredrik Bergman, head of Centre for Justice, who together with Johannes Forssberg, associate at Centre for Justice, was Connie Dickinson’s legal counsel before the Supreme Court.

– I have fought for this over the span of four years. Now, I feel both joy and relief, says Connie Dickinson.

In its ruling, the Supreme Court noted that some aspects of the relationship between a university and a student is regulated by public law. Still, when it comes to the university’s liability for the quality of its education, the Court held that civil law should be applied. Furthermore, the Court found, with reference inter alia to the quality evaluation done by the government control agency, that the education displayed a significant lack of quality. The Supreme Court thus ruled that Connie Dickinson should be granted a price reduction of 2/3 of the amount she had paid.

The Case in Brief
The American citizen Connie Dickinson moved to Sweden some years ago to study for a degree in mathematics at Mälardalen University. Like thousands of other foreign students coming to Sweden each year, she was subject to paying tuition fees for her education. Tuition fees for foreign students were introduced because the government maintained that Swedish universities should attract students willing to invest in quality education, rather than those merely wanting to receive free education.

Connie Dickinson was liable to pay 55 000 Swedish crowns in tuition fees per semester. That was a lot of money for her, but she was willing to make a proper investment in her education. However, already at the outset, she realised that the education was not what it was made out to be. Several teachers spoke poor English, although English was the language of instruction,  important resources were missing and the teaching was substandard.

When the government control agency Universitetskanslersämbetet failed Connie’s education on four out of five standards – which added up to inadequate quality overall and meant that the university’s right to issue degrees was called into question – Connie dropped out and requested her money back. The university rejected her request with reference to an absence of a legal basis for repayment.